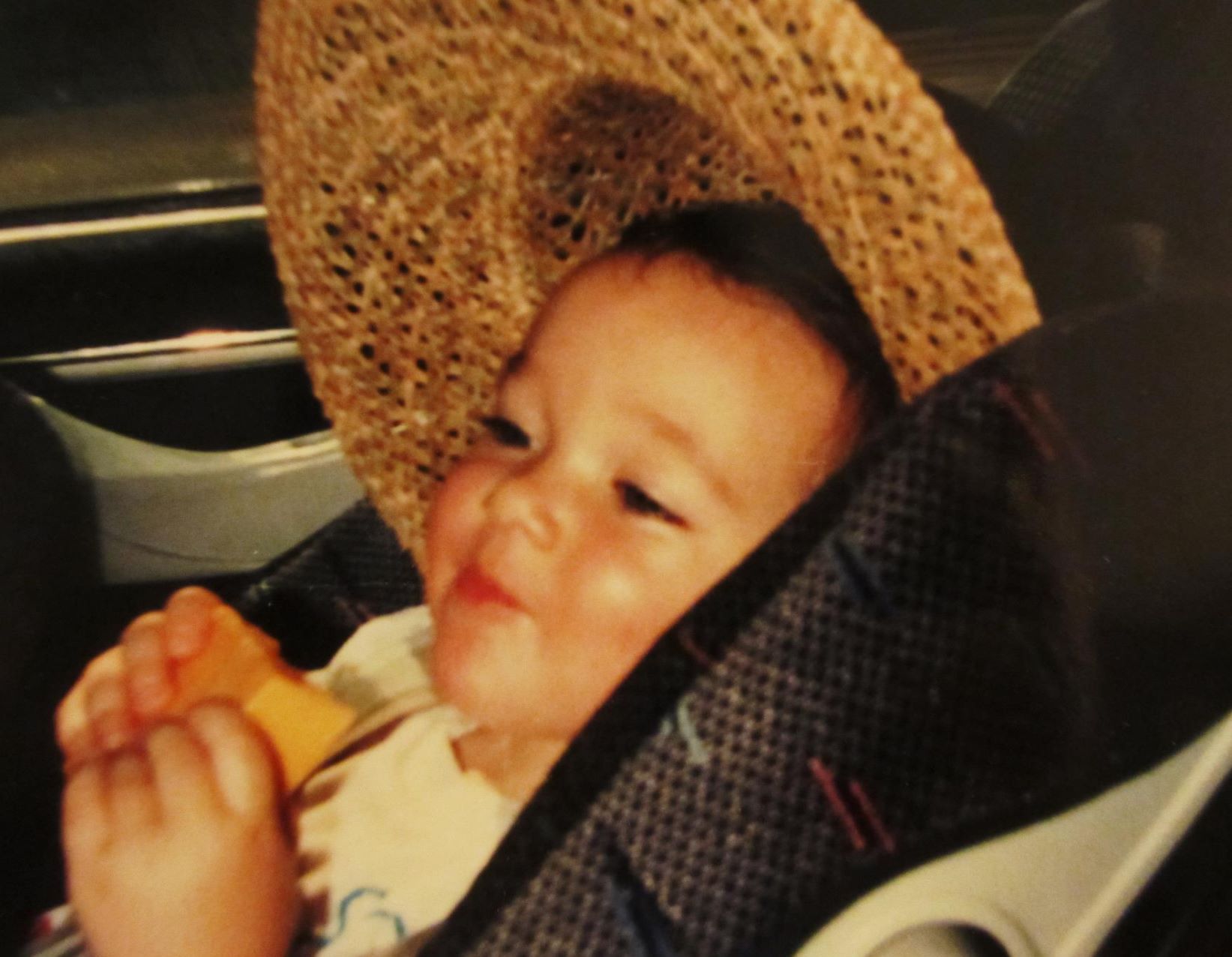 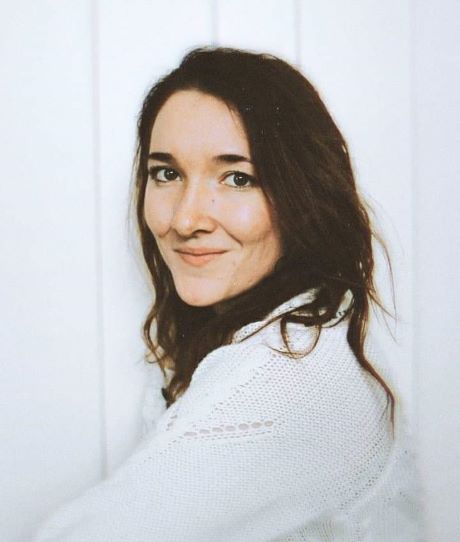 I grew up in Orlando, Florida. Orlando is home to some of the most popular theme parks in the world, such as Universal Studios, SeaWorld, and DisneyWorld. I had friends whose parents worked at the parks, and would give me free tickets as a kid. I was frequently found hanging out amongst rollercoasters and churros. Some of my favorite childhood memories happened in amusement parks.

As a teenager, I worked for Universal Studios Orlando Resort. It was a blast, and it became even more accessible to spend time in the theme parks. Often I would bring a change of clothes to work with me, so that after my shift I could change out of my uniform and go right into the park as a guest. Most of my coworkers would do the same. It was not uncommon to hear, “Hey, you want to go to Hogwarts when you get off?”

As an Orlando kid, the theme parks were my oyster. Because of this, they have a very special place in my heart. Korea has caught my eye with a few of their own amusement parks, and I couldn’t resist looking into them for my future travels. Sure, America has plenty to choose from but I firmly believe that each one is unique and has its own magic. Here’s a couple that I particularly want to visit: Imsil Cheese Theme Park and Lotte World Adventure Park.

Seriously, though. There are smiling baby photos of me firmly grasping a chunk of cheese as my gums tried to eat the cheddar block. I have memories of my grandmother setting out a hunk of cheese before bed and waking up in the early morning to eat it. It’s that serious. I’m predisposed to being a cheese-a-holic.

There was one planned trip to South Korea that I had to back out from due to needing to save money to move across the country. The first thing out of my friend’s mouth was “Don’t tell Ellie about the cheese theme park.”

They actually didn’t end up going to South Korea because of COVID-19 hitting the world. However, they later told me about the cheese theme park and I’ve been dying to go ever since!

Through studying up some Korean cheese facts, I came to the understanding that cheese wasn’t introduced to Korea until the 1950s! This makes sense considering how many traditional Korean dishes do not use this product.

The man who introduced this delicacy was a Belgium priest, who had moved to Imsil to do missionary work. And I have to say, if anything would make me want to convert, it would be cheese. Great evangelism tactic in my book.

The man raised goats and started making his own cheese. Word spread and the mayor actually asked this priest to teach townspeople how to make this product. Soon Imsil became the hub for cheese in Korea. And thus, if any city in Korea could boast a cheese theme park, it is them! Imsil is about 3-4 hours from Seoul, but I will go the extra mile to see this place. I would be denying my cheese motivated heritage if I didn’t visit the cheese theme park.

What caught my eye was the different classes you can take (for an additional fee). There’s a pizza making class. It seems like all of the instructions (via instructor at the front) are in Korean. It might be helpful to go with a Korean friend if you want to be able to take it all in. However, you can always wing it and copy off of the others in the group as the process seems pretty simple. They will cook the pizza for you, and you get to eat it afterwards!

There’s also a cheese making class. There are a few different experiences involved with this one. You can make instant cheese in a jar and taste it with crackers. Additionally, you can participate in a class that involves cheese pulling. This was a practice I was unaware of previously. Essentially, it’s like making a long, stringy, mozzarella stick (which you can then eat). They’ll package any uneaten cheese for you.

Something unexpected that I discovered about Imsil cheese park is that there is actually an outdoor laser tag arena! As if this park was designed for me, I not only adore cheese but laser tag is one of my favorite group activities! This laser tag has forts and many hiding places, perfect for a skilled match.

There are a few other attractions but this theme park is mostly experience based rather than ride or game based. And that’s okay! My goal in going to this park is to experience cheese making and explore cheese culture in Korea.

There is however one “ride” in the park, and that is a long metal slide. It isn’t like the ones we would find in fairs, with the blankets that you use to ride. This is much more tame. However, it is pretty long, and I can imagine kids asking to go again and again.

I thought it was cool that they also had a small hotel on site. I’d likely stay here due to the distance it is from Seoul and the fact that I’d rather not travel for hours in the evening. There are several restaurants on property and plenty of walking to do, so staying in place for a day or two wouldn’t be a bad idea...especially if wanting to rest between travels.

Imsil Cheese Theme Park has goats, observation decks, museums, interactive classes, and one giant metal slide. What more could I have ever wanted? I seriously cannot wait to visit this park someday and take leisurely strolls through the swiss decor with the large cheese wheel looming in the background.

Lotte World first caught my eye on a RUN BTS! Episode (Episode 51). Basically, BTS had to perform different tasks whilst on the various rides. This was probably one of my favorite episodes to watch. One scene that stands out in my mind is when they’re on The Conquistador (aka, the swinging ship ride). While on the ship they were teamed up, with players sitting across from each other, and they were required to guess the specific word through hints from their teammates. This was especially hilarious considering some of them did not enjoy the ride itself (see picture of J-Hope clinging for dear life). This scene alone made me want to go to Lotte World, and riding The Conquistador is the first thing I’ll do.

When I started investigating this theme park, I quickly realized how much there is to do inside. There really is something for everyone, from roller coasters and thrill rides to the tame and slow. I’m not a huge rollercoaster fan, so I’m thankful for the variety.

I look forward to some of the indoor rides like the Jungle Adventure. The website states, “The moment you enter into the dark cave in a jungle boat, you will face a scary jungle, and your boat will be swept by swirling rapids...The thrill and excitement of rapids will add mystery to the adventure.”

The Dragon Wild Shooting also struck my fancy. I used to work at the Men in Black ride at Universal Studios, where you shoot aliens and try to outscore your friends. This type of attraction never gets old to me because it’s more like a game!

I will admit, the Orlando in me couldn’t help but notice the similarity in rides, and themes, to some of the ones I grew up with back home. Thankfully, Lotte World has some great ride resemblances!

There is so much to do at this park, that trying to ride everything in one day might prove a feat (which really means you get a bang for your buck!). However, outside of rides there are shows, dining, and other attractions.

There is even an ice skating rink! This rink was featured in one of my favorite dramas, True Beauty. Though I might not have time to skate when I’m visiting the park, I most certainly will at least go down to see the rink!

As far as dining, Lotte World has Twosome Place, which is a coffee location I’ve seen in dramas. I plan to stop there for a mid-day coffee or a morning pastry.  There are quite a few restaurants and quick service options. All look good, and it will depend on how the day is going whether I choose to sit down casually for a meal or want something more on the go (I noticed a couple tasty hot dog stands).

Lotte World will be extra fun for me because it’s like the theme parks back home, so it will feel familiar, but it still has so many rides and attractions that I have yet to experience. Not only that but with it being Korean, I’m excited to see some theme park cultural differences.

Even though I’ve been to a few theme parks in my lifetime, I still thoroughly enjoy them. I hope to experience the uniqueness of both of these parks when I visit Korea. With each having a completely different feel from the other, it will be a varied experience and one I will likely look back on with fondness. Plus, I’ll definitely add “went to a cheese theme park” to any future two truths and a lie games.

Let's look around Gwangjang Market, the largest and oldest traditional marketplace in Seoul, with a Seoulite.
Read more
Nov 15, 2021

Sean continues introducing best hidden vacation spots in Korea, as well as foods you must try there.
Read more